We received some correspondence from Pam Nester Landis. My Mom recently gave me some old photos. Among them were several photos of Gene Crane. Although I was only about 5 or 6 years old at the time , I remember the "Count the Sheep" contest that was part of his television show Mr and Mrs. My Mom sent in a post card with my guess for the number of sheep. Gene Crane and his wife came to our house after the contest with my prize, a swing set! They pulled it out of the back of their Cadillac convertible in our drive way and assembled it in our back yard.

It was a very special day.

I have very fond memories of that swing set. I am now 60 years old! It was the lead story that evening on the 11 pm newscasts, all used the footage. Any speaking of our Chairman, did anyone notice that he was missing for a few days last week? Gerry and his wife, Michele, went to Pittsburgh to bring home their youngest daughter, Zara, Zara had already earned a Master's in English. The youngest Wilkinson is now back in Philadelphia and looking for work at one of the area's higher education institutions. While in the western part of the state, the Wilkinsons visited the Pittsburgh Zoo.

Gerry told his family of a tale from Al Primo's book, "Eyewitness Newsman. He returned with a can of film and a box of elephant droppings which he left on someone's desk. Broadcast Pioneers member Marciarose Shestack confirms that this story is true. Shortly after we e-mailed that newsletter, we heard from member Jay Meyers who said:. It was funny to read today that you mentioned the Action News Theme because I was in an online discussion about it last night.

I received a Facebook friend request from Al Ham's daughter Lori, who I knew in the seventies but hadn't been in touch with for more than 30 years. I actually met her before I ever met Al, who from about on became a great friend right up until the time he passed on. Our bond was Philadelphia and the Action News Theme, and also our love of radio and music.

Lori and her husband of nearly 30 years tour as a Jazz Duet; she sings and he plays the piano. Mike Bowe from in the lounge for Happy Hour. Brendan in the evenings, and Anthony with "The Night Train. Broadcast Pioneers member Mike Anderson of the Reading Public Museum tells us about two exciting new exhibits at the museum. Articles of Utility, Objects of Art. It's the outstanding works of art by more than 20 women artists from the seventeenth through twentieth centuries. Both exhibits sound like winners to us! Broadcast Pioneers member Kenny Jeremiah doesn't take a summer break.

We talked on the phone with member Steve Tatz a few weeks ago. It was a little after 12 noon. Little did we know that it was just after 6 am where he was. He was in Alaska.

He said not to worry as they were getting ready for a boat trip and they were already up. He said that the hardest part of the trip was that there are months where there's no light and then times when it's light after 11 pm. It's sort of like that here. Quite often, there's light after 11 pm and then no light for months. Finally, they get around to putting a new bulb in the street light.

That was his first day on the air in that position. It was with no fanfare. The decision was made swiftly because their current weatherguy, Dick Goddard , quit in the station's parking lot and never returned to the building.

The youthful looking Goddard was said to be anxious to return to Cleveland, where he had been the city's most popular weatherman on the NBC station there when it was owned by Westinghouse. He will not be returning to his former position in the Ohio city, however. Goddard, by the way, had a wonderful career back in Cleveland after this, becoming the evening weathercaster for WJW-TV for forty years.

The reason the station wanted Dick to stay until Friday, September 10th was that would be the last day of the old news format. On Monday, September 13th, "Eyewitness News" would premiere in the 6 pm and 11 pm timeslots. That would be a good time to institute a new weatherguy. But Goddard would have none of it. Kuster's takeover of his job came rather suddenly He appeared on the screen without any on-air announcement of his appointment or of Goddard's leaving.

He attempts to put a light touch to his reporting. Member Al Primo the creator of Eyewitness News writes us:. I quickly picked Bill Kuster from the station announcing staff because he had an appealing look and voice. He also had something I always thought important in television, a great sense of humor and dry wit. He was more Midwestern Bill was actually from upstate Pennsylvania than urban and the audience took to him very well.

He was a real asset to Vince Leonard who was a pretty serious and effective anchorman. Bill brought out Vince's humanity. Now, back to our story.

Member Vince Leonard Eyewitness News' prime anchor continues with the story:. Bill always had the down home, folksy approach in telling us about the weather each day. 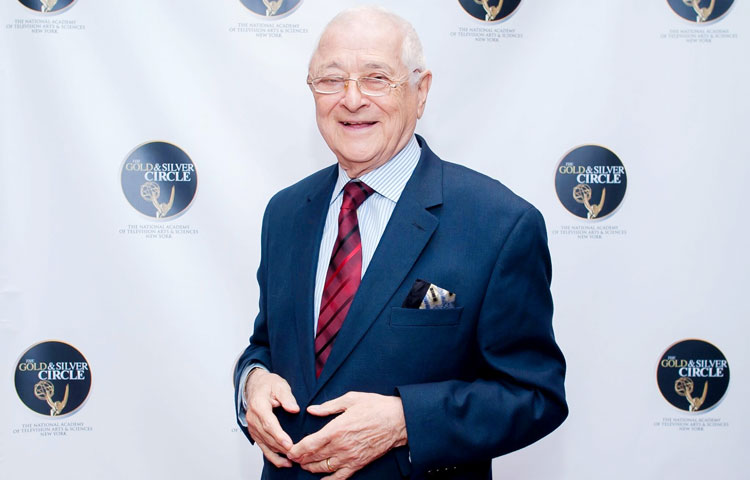 He never forgot his small town background I always liked the line Bill used on the air when autumn had rolled around. He said one could always tell when Indian summer had arrived. It was next to the sidewalk on 5th Street.


The garden was there every year and, remarkably, was never vandalized. Bill donated all of the vegetables to charity. Bill used drawings of children to illustrate how to dress them in the morning. So Bell told Neal to kill the kids and come up with something new. Well, the Kuster Garden was Dave's creation. Bell thought Neal was nuts, especially when he came in one morning to find all the evergreen bushes pulled out of the soil and vegetables growing there.

Bell's unhappiness was an understatement. Member Herb Clarke who was Kuster's competitor on Channel 10 tells us:.

Hester Zettle and frequently talked about her on the. Francis Davis the meteorologist on Channel 6 at the time writes to us that there were real differences in the three weather forecasts on 3, 6 and He said that Kuster's low key program was based on a friendly, conversational style. He said that it was very easy to listen and view.

More like the guy next door. Wally Kinnan, the Weatherman, was with Channel 3 here in Philadelphia for years. But Al Primo really didn't care for his air presence. So, Primo traded Kinnan for Goddard. We talked about this is more detail in our March "Did You Know" column. Al pulled a fast one. He offered to trade Kinnan for Goddard, and "just to make it fair," said Primo, "I get a minor league guy. Al said, "Oh, I don't know. Let's say Tom Snyder.

Bill Kuster was one of the most loved people ever to be part of "Eyewitness News," both by others at the station and the general public at large. Bill was inducted into our Hall of Fame two years ago. They were going all news and Moran was out of a job. Well, Tom applied for Bill's old booth announcing shift and got it. One evening after the early evenings news, Kuster went to dinner and returned to kill a little time in the announce booth with Tom Moran. The engineer said to Moran that there was a call for him on line one. He picked it up and a voice said, "Hi Tom.

This is Dick Carr. Moran, thinking it was a joke, was about to tell Carr that he could go to a very unsunny place. But before he could, Kuster yanked the phone away from Tom and said, "Hi Dick. This is Bill Kuster. Moran's total TV booth announcing work lasted 6 weeks. This regular monthly column is written and researched by Gerry Wilkinson. With his support and that of others we have saved 44 Captain Noah shows as a part of our archives. The organization welcomes all donations from its members and friends at any time.

Your support directly contributes to the ongoing success of our mission.

Special thanks go out to member Johnny B. Hall for his personal donation to Broadcast Pioneers this past month. Every month Johnny donates to us for our Digital Archival Project. We also thought it would be nice to recognize those members who have made an extra contribution this past month when they renewed their membership.

Allen Murphy and Daniel DiNardo. Also, when Bob McCone joined recently, he included a donation. In lieu of flowers, the family of Bill Webber asked that contributions be made to our scholarship fund. We wish to thank the following people for contributing this past month to this scholarship fund: FYI - save the date: That's when we'll have our "Tribute to Bill Webber" luncheon. Earlier this month, Broadcast Pioneers member Les Waas made a speech at one of the neighborhood organizations. It was arranged by the Broadcast Pioneers. Les received an honorarium and donated it to the Broadcast Pioneers.

We always get more with Les. If you sent in your renewal and forgot to made an extra contribution and would like to do so now, it's never too late. We would be thrilled to hear from you at: We heard from member John Carlton who commented on the Pop Singer piece last month. He said that the station had a tall receptionist named "Ruthie" who was constantly picking stuff up at Pop Singer's for the WFIL staff.

He also mentioned a local hangout located between Singer's place and the station called " The Brown Jug. He mentioned that it was a favorite place of Bob Horn, the original host of "Bandstand. Wally has former broadcaster turned lawyer Dave Frankel lined up to speak to the students.

A reminder that the Broadcast Pioneers will host a college student symposium about broadcasting at the facilities of 6ABC on Saturday, October 23rd. Eyewitness Newsman chronicles the history of the Eyewitness News concept, showing how one man with a vision challenged the journalistic establishment to create a newscast format that is the industry standard to this day. Primo literally worked his way up from a Pittsburgh television station mailroom to the position of network executive.

Along with way he turned the white male dominated news business on its ear, creating a beat system that featured a culturally diverse news team.

Along the way he discovered people like Geraldo Rivera and helped turn Tom Snyder into a household name. Primo is recognized worldwide as the creator and author of the Eyewitness News format. His current popular series, Teen Kids News, in its sixth year, is seen on Local TV stations and is shown in 7, schools each week. The station became the number one rated station in New York and has maintained that position for three decades. 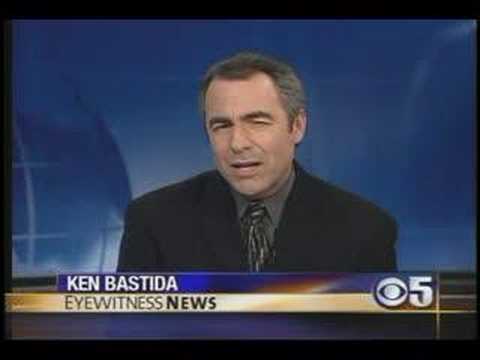 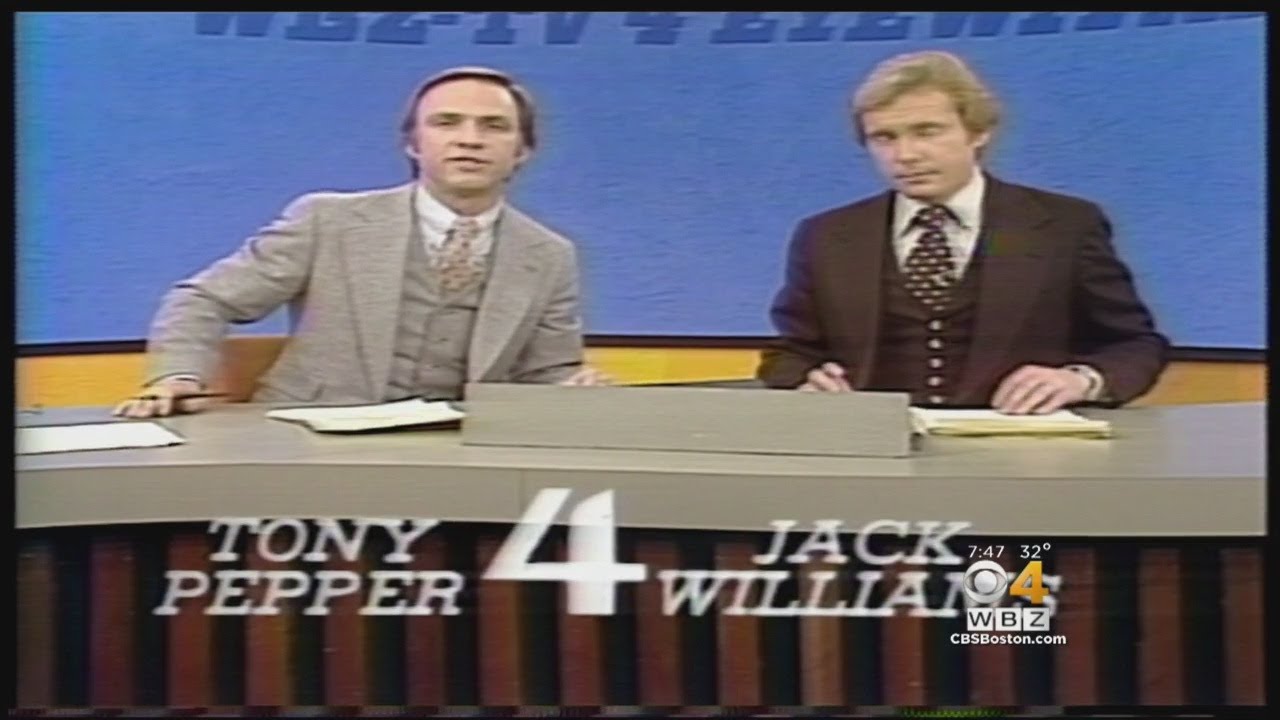